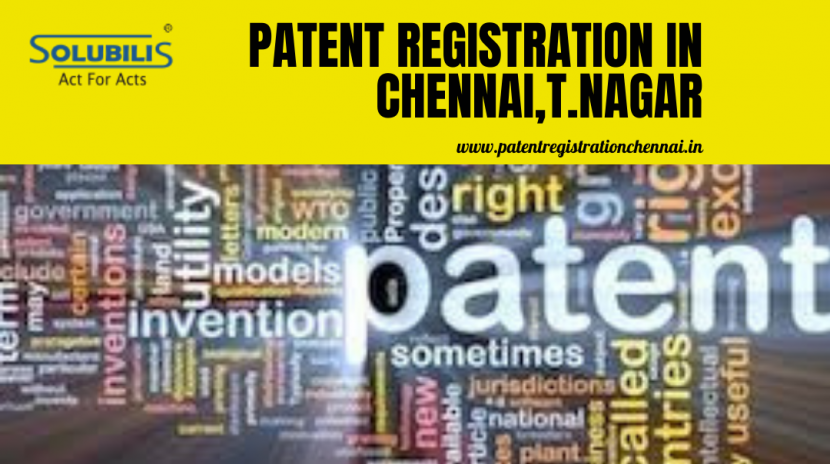 Patent registration means the right of a person to invent or innovate. The patent gives the inventor a special right to protect his invention or innovation from being copy or copied by others. Further, a register patent may be grant to a third party for use, but in return, the inventor may charge a fee for it.

If anyone attempts to copy or imitate a protected invention protected by a patent route or attempts to use a registered invention in any way without authorization by the owner, the same can be sued in a court of law. In addition, in India, the patent registration in Chennai are govern and regulate by the Indian Patents Act, 1970. Further, services and inventions recognized under the Indian Patent Act, 1 the 1970 are only eligible for registration and such registration may be obtained individually or jointly.

What are patentable in India

The following are the parameters list on which the patentability of an invention under the Indian Patents Act, 1970 –

Not patentable in India

As per section Indian Patent Act, 1970, the following list is not inventive and hence, non-patentable in India –

1. Submission of the search also allows you to prevent others from creating, using or selling your search in the country without your consent.

2. Patents are also one of the few assets that can increase in value over time. A. Patents also increase the value of your business.

3. Patents also increase the value of your business as it is considered a valuable asset by your business banks and potential buyers.

Applications for patent registration in Chennai T. Nagar of assignments and any other documents for generating interest in patents must be filed on the prescribed form on the regulatory form. To be valid, the assignment must be recorded within six months from the date of the document. A six-month extension can be obtain.

Applications must be file on the prescribe form on the regulatory form for license registration through patent registration in Chennai T. Nagar and any other documents to generate interest in the patent. An order for them to be approve. The license must be register within six months from the date of the document.

The Ministry of Commerce and Industry (MCI) has issued Draft Patents (Amendment) Rules, 2021 on February 09, 2021 to further amend the Patents Rules, 2003.

The following improvement have been made:

2 Rule 2 (CA), which specifies the definitions, is include, namely:

Rule 7 (3), which specifies the application process, has been substituted, namely:

The first list, which refers to filing for a patent, has been substituted.

All people are likely to be affected there, and it is hereby notified that the above rules shall be considered after a period of thirty days from the date of copies of the Gazette of India in which this notice is published, made available to the public;

Objections or suggestions, if any, may be address to the Secretary, Department of Industry and Internal Trade Promotion, Ministry of Commerce and Industry, Government of India, Udyog Bhavan, New Delhi-110011 or by e-mail at sachin.d. gov.in. Objections and suggestions by the Central Government, which may be receive from any person in respect of the said draft rules before the expiry of the specified period, shall be taken into consideration by the Central Government.

The Patent Rules, 2003 provide that an entity cannot claim start-up status after a period of “five years” from the date of its incorporation or registration. The amendment replaces this five-year period with “recognized by the competent authority during that period.”

Currently, an entity ceases to be recognize as a start-up by the Department of Industry and Internal Trade Promotion (DPIT) on completion of ten years from the date of its inclusion / registration.